AN EVOLUTION OF THE BRAND’S MOST ICONIC RACKET FAMILY

There’s no question about it: the Pro Staff is our most iconic tennis racket franchise. Having been around for 37 years, it’s best known for its classic double braid of carbon and aramid fibers (commonly known as graphite/Kevlar®), and of course the many greats who use(d) it: Chris Evert, Stefan Edberg, Jim Courier, Steffi Graf, Pete Sampras, Roger Federer. All totaled, 117 grand slam titles have been won with Pro Staff.

With the 13th version of Pro Staff launching, we felt it was only fitting to go digging into the archives to answer the question: what were the other 12 Pro Staffs like, and why do we keep making them? 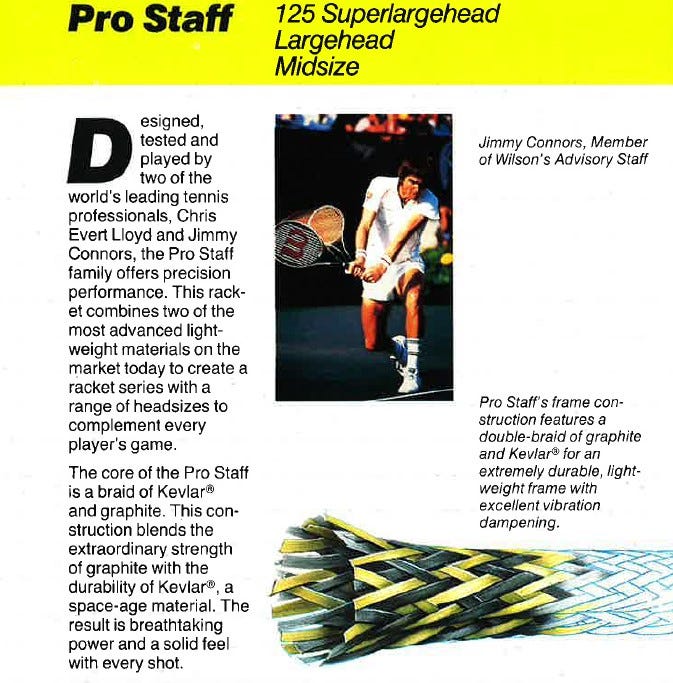 HOW WE GOT HERE

1.  HEAD SIZE: A tennis racket’s head size is the circumference of the racket’s hoop, typically measured in square inches in the US and square centimeters everywhere else. For example, the very first Pro Staff line in 1983 featured 125”, 110”, and 85” head sizes. We mention this because head size was used in both the 80’s and again beginning in 2003 to differentiate the models. 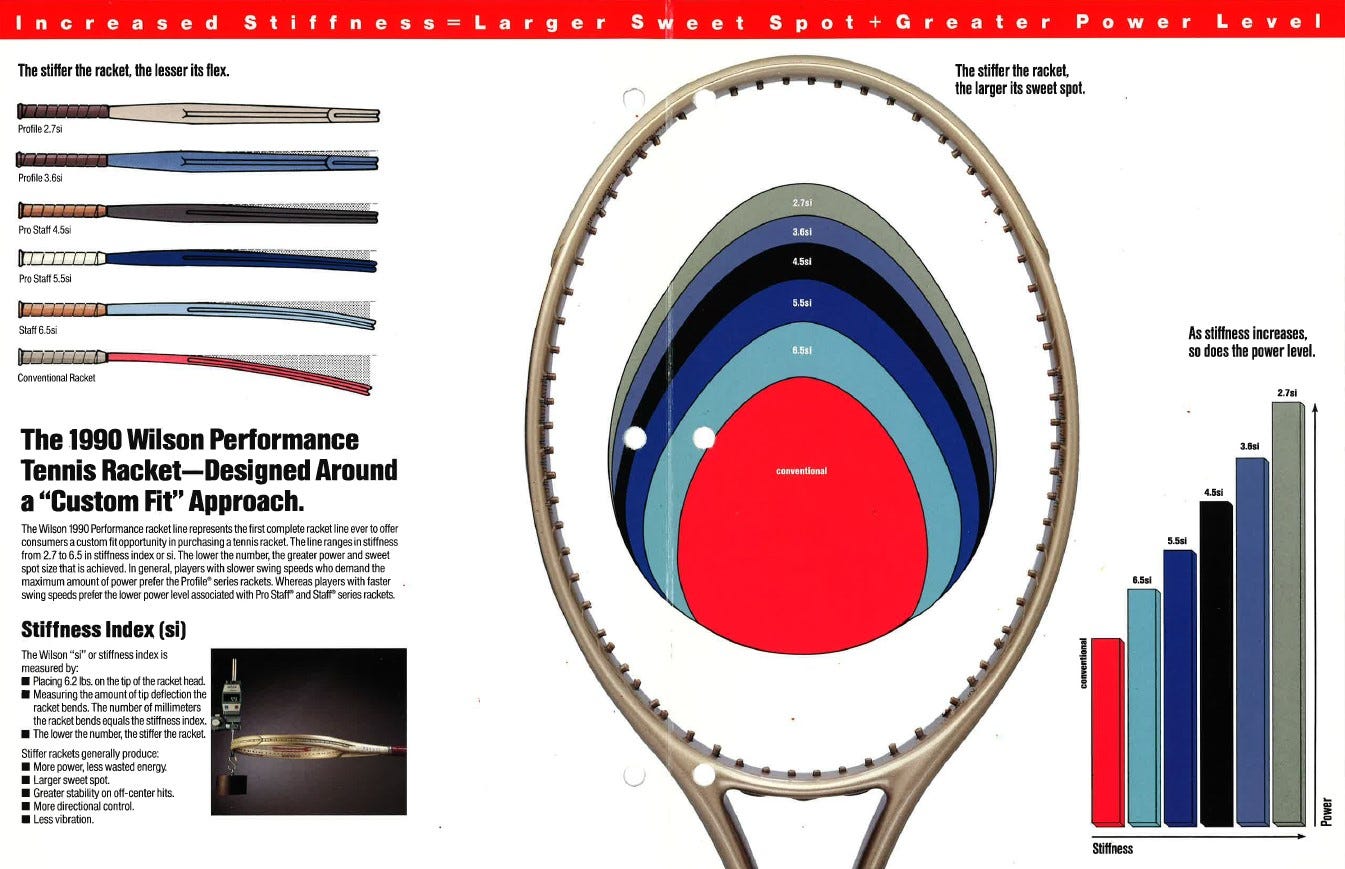